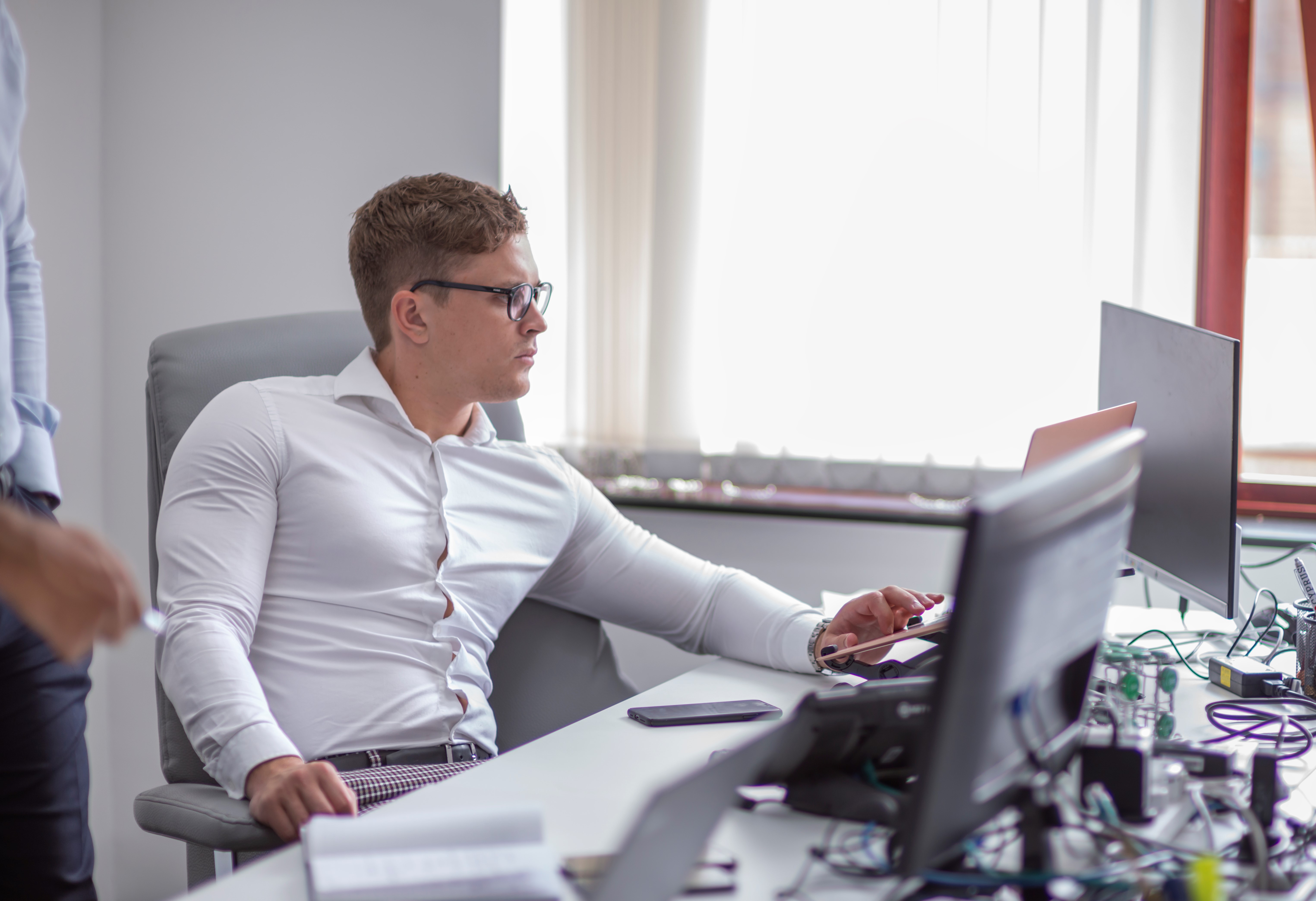 BirminghamLive's 30 Under 30 initiative is showcasing the 30 most inspiring individuals across the city aged 16 -30.

Brummies were asked to nominate others or themselves. The final 30 who made the list were chosen by a panel of judges including representatives from West Midlands Combined Authority, The Prince's Trust, One Million Mentors and Citizens UK.

Reason why James made our 30 Under 30

In early 2017, James White formed his own IT employment agency Right Time Recruitment on Hagley Road. A few months later he applied to be on The Apprentice.

James made it all the way to the final alongside Sarah Lynn - and in an unprecedented twist they were both crowned winners, receiving £250,000 investment from Lord Sugar.

James runs his office from new Edgbaston premises. Right Time is currently a largely local business working with companies such as Coventry Building Society and Warwickshire-based Holland and Barrett and employs 16 people.

Adopted. I was born in Ayrshire, Scotland, and grew up in Colchester, Essex. After graduating from Keele University in international business, I moved to Birmingham in 2013.

I feel like a Brummie - all my friends are from here. I've moved half of my company from other places in the UK to Birmingham and my staff have relocated from all over the country including Scotland and Dubai. Because of the coverage we got on The Apprentice, people wanted to work for Right Time and to do that I told them they had to move to Birmingham!

Was Lord Sugar happy for you to stay in Birmingham after winning The Apprentice?

I convinced him. You can do this job anywhere, I just sold him the dream of what is going on in Birmingham. This is the second city and these are the reasons why. I told Lord Sugar look at these gorgeous glamorous companies moving to Birmingham!

What has been your biggest achievement so far?

James started up his own IT recruitment business Right Time Recruitment in 2016, which he now co-owns with Lord Alan Sugar

I'm proud of winning The Apprentice but my biggest achievement was picking myself up after I was sacked from my job at IT recruitment company Teksystems in Brindleyplace. I was number one in the whole of Europe, earning £200,000 a year, but I made some bad decisions and was sacked. It was a very low point.

Before that it seemed my life was flowing really nicely - straight from uni into a job where I was top performer and then it was as if the rug was pulled out for under me. I fell out of love with recruitment and that caused a lot of pain and confusion for me.

It took a lot of courage for me to say that, regardless of what old bosses said and did, I am going to set my own business up. Six months later, I was in a little cupboard office with a phone and a laptop. That was the start for me. It was a solid life lesson

How has being in Brum helped you?

I've worked in London and it is very cosmopolitan but there is no help for businesses. In Birmingham, there is a support network - I feel everyone works together for the greater good, helping each other out.

How do you find living and working in the city?

I live in Harborne and work in Edgbaston. I love the area. I go to Henry Wong for Chinese, The Plough for the quiz and The Junction for Sunday roast.

What are the opportunities for young people in Birmingham?

There are so many. There are obviously entry opportunities to come in and start a new career and job and build your way up but also amazing opportunities to start businesses. Just look at Ben Francis who started GymShark and now has 100 million turnover business based in Solihull. It shows that young people with an idea, as long as they have the passion, can take that through to a finished product or service and make it a success.

Have you had a mentor in your life?

Yes. Matt Collingwood who runs VIQU Recruitment. He gave me so much help when I first started in recruitment and he still does! When I'm not sure about something, I know I can pick up the phone whenever it is and he will give the best advice he can.

What does being included in BirminghamLive's 30 under 30 mean to you?

I love Birmingham and to have the support of the city you call home is wonderful. I think people think I'm a millionaire because I won The Apprentice. I have less money than I ever had!

Although I've been on this big national TV show, I'm like every other young small business, trying to find my feet. The Apprentice gave us a kick start with investment and exposure but this is the start of the hard work so I see the value of local recognition.

How can Brum be improved?

I still think there is quite a divide in Birmingham between cultures and ethnicities. I hate to say it but there clearly is. There are areas riddled with poverty - like Nechells. It's like we've put a band around these areas and just focused on the booming places - the city centre and affluent areas like Edgbaston.

"These young people come from a background of not doing much so they don't know anything else but that doesn't mean the environment you are born into should shape you."

But what about the young people in poor areas? Ladywood is very deprived and then within half a mile you have one million pound houses. The young people there are in challenging situations and need help to move into better career choices and have better life experiences.

My dad was a very wealthy businessman before I was born. He had a nine-bedroom house but he went bust and lost it all. I was born in a council house but I knew from my dad's experience things can always change.

These young people come from a background of not doing much so they don't know anything else but that doesn't mean the environment you are born into should shape you. More should be done to help these kids.